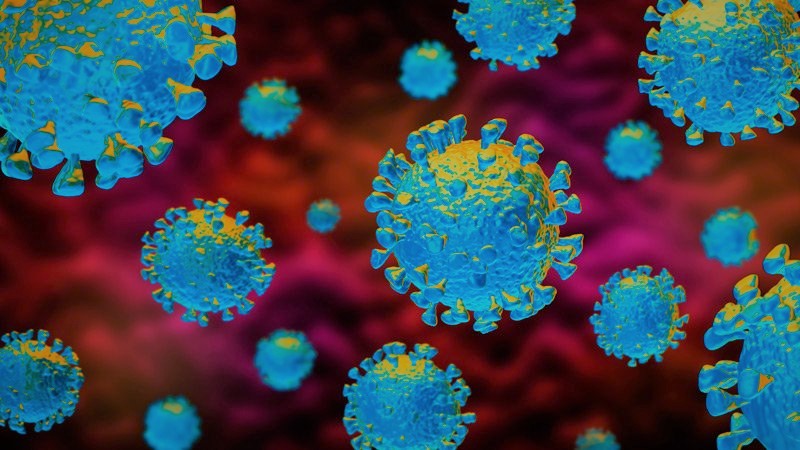 A month ago the US was chugging along blissfully even as China was reeling. Then the first person was diagnosed stateside on Jan 21st with the Covid-19 infection. At that point only the experts who work with infectious diseases for a living were raising the alarm. The rest of the government was just humming along, if you can describe the sounds of their machinery clanking as they downplayed and distracted the public as a hum. By March 13th, the administration had no choice but to declare a national Emergency. By the Ides of March, two days later, the country was practically on its knees. All because an organism 1/10,000th of a millimeter entered our country and did not think much of the notice at the gate chiseled with the words “most powerful nation on earth”.

Who or what is this creature that did this to us? It is a virus they say. And what is a virus? It is a strand of RNA or DNA that is coated with a protein layer over which sometimes there is a lipid layer. An individual virus is so small that you need an electron microscope to see it. Yet it is the most abundant biological entity on earth. It is everywhere and yet outside the body of some other organism, it just lies there. It cannot move, grow, or do anything that a normal organism does. So is it a living thing? It turns out that nobody can answer even that question. Because our normal definition of a living being is that it is an organism that can grow and reproduce itself. At this point scientists will tell you that when it comes to a virus, the question of whether it is dead or alive is more of a philosophical question rather than a biological one.

Now when you examine a virus, you can say this, by itself, it is as if it has no life. But by its effect on the world, it does seem to take a life or its own. In other words, it is a dead entity that seems to be alive. This to me is fascinating because sometimes when I look at our spiritual life, I find myself asking the same question, do I see life or lifelessness. Or worse is it lifelessness masquerading as life? Jesus addressed exactly this when he spoke to the Pharisees in Matt 23:27 when He said, “Woe to you, scribes and Pharisees, you hypocrites! You are like whitewashed tombs, which look beautiful on the outside, but on the inside are full of dead men’s bones and every impurity.” What Jesus is saying to the Pharisees is that you look spiritually alive on the outside but you are as dead as it gets on the inside. And one thing we do know looking at viruses is that dead things that act like living things can also be terribly destructive.

Now here is the thing. If it was only true of the Pharisees then this would not be an issue because those Pharisees Jesus was talking to are all long dead for real. The point Jesus was making however was that he was addressing a particular human condition that is true of everyone, including everyone alive today even in the church. In Rev chapter 3 Jesus addresses just such a condition right in the church. He says this to the church in Sardis, “I know all the things you do, and that you have a reputation for being alive—but you are dead”. Jesus’ indictment does not get clearer than this.

But take heart because there is yet hope within the warning. Because, to the same church Jesus’ words were this in verse 2-3. “2 Wake up! Strengthen what little remains, for even what is left is almost dead. I find that your actions do not meet the requirements of my God. 3 Go back to what you heard and believed at first; hold to it firmly. Repent and turn to me again. If you don’t wake up, I will come to you suddenly, as unexpected as a thief.”

So here is the deal friends, a little virus that we do not know is even dead or alive came into the country, actually to every country across the whole global, shutting everything down, so that His followers can go back to their homes and be quiet for a while and for once be able to listen to that still small voice. And the voice is asking, are you dead or alive? If there is still a little life left in you, you will know what to do. Because there is still hope for the church of Sardis.

To be notified of a new entry please subscribe