Being Christ in a Crisis 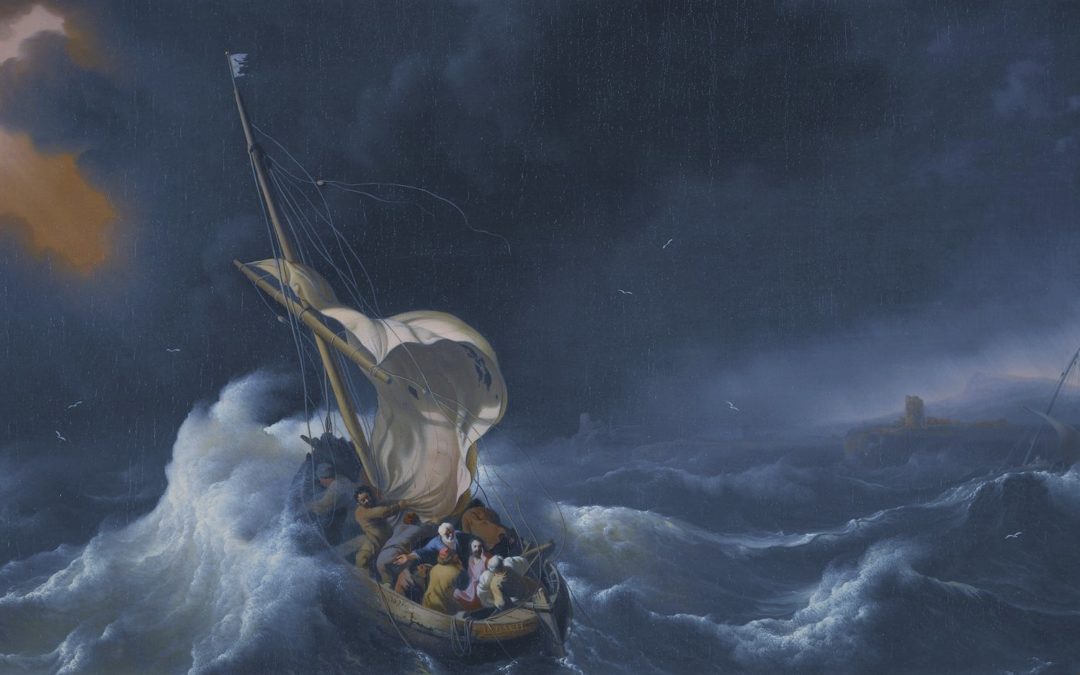 We are living in a very different kind of world right now. Traffic jams have disappeared across the world, while New York, London and Mumbai look more like ghost towns. The entire country of India with 1.3 billion people just started a 21 day lockdown, the most drastic action of it’s kind in the world. For Christians, the gathering of two or three in Christ’s name over Zoom or Skype looks very different than what it looked like when the promise was written in Matt 18:19-20. Although the assurance of Christ’s presence still holds even when you are meeting using a video conferencing tool 😊.

But the question many serious followers of Christ might be asking is, how is one to be Christ-like in the crisis we are in today? To address that, I went looking for a storm that Jesus and his disciples were in and looked at how Jesus acted in that situation. An example that hit home was the calming of the storm in Mark 4:35-41, Matt 8:23-27 and Luke 8:22-25. They are all very similar accounts so we will look at the account in Mark. It goes like this,

“35 As evening came, Jesus said to his disciples, “Let’s cross to the other side of the lake.” 36 So they took Jesus in the boat and started out, leaving the crowds behind (although other boats followed). 37 But soon a fierce storm came up. High waves were breaking into the boat, and it began to fill with water.

38 Jesus was sleeping at the back of the boat with his head on a cushion. The disciples woke him up, shouting, “Teacher, don’t you care that we’re going to drown?”

39 When Jesus woke up, he rebuked the wind and said to the waves, “Silence! Be still!” Suddenly the wind stopped, and there was a great calm. 40 Then he asked them, “Why are you afraid? Do you still have no faith?”

41 The disciples were absolutely terrified. “Who is this man?” they asked each other. “Even the wind and waves obey him!”

Let me recap. The disciples were going about their business as usual when they encounter a storm on the sea that rattled even the seasoned fishermen that they were. Fierce winds and high waves crashed into the boat, filling it with water. It was so intense that they thought they were about to all drown. While all this was happening, Jesus was with them but fast asleep. In fact the writer takes care to note that Jesus’ head was comfortably nestled on a cushion. A striking contrast to the desperation of the disciples. However, Jesus does not remain asleep for long, because he is interrupted by the shouting of the disciples. They yell at him about the storm and ask if he was not concerned that they were all going to drown.

This is where Jesus wakes up, rebukes the wind and the waves, which immediately die down like a well-trained dog. Then Jesus turns to his disciples and asks, “why were you afraid, did you still not have any faith?” Quite the object lesson seared in these disciples minds.

The question is, how do we apply this lesson to our own lives? Three quick points. The first thing we need to remember is to remove fear from the equation, when we are faced with storms no matter how intense. Fear only leads to panic and panic short circuits our thinking. Decisions made in panic are never good. Think about this. Besides the hoarding of toilet paper, the next big thing that Americans are hoarding at such a time as this are guns. Imagine that! More guns have been sold as a result of the COVID 19 pandemic than after 911 and in 2016 when Hilary Clinton was expected to win the presidency. And this surge in gun buying in a country where there are already 120 guns for every 100 people! A mind filled with fear only lunges towards foolishness. When we remove fear from our system, it is like a fog has lifted and the path ahead become clearer.

Secondly, with that clarity, we might be able to remember that somewhere in our boat we have with us our Lord and Savior who is always at peace and can always be called upon to deal with whatever catastrophe is threatening our world. That is where the image of Jesus’ head nestled comfortably on a pillow in the midst of the storm in our object lesson above is just priceless. Of course you and I are not Jesus Christ. We are never going to be that cool in a crisis! But we just need to be cool enough to remember to call upon Jesus instead of lunging for something stupid.

Thirdly, why is it that we would call upon Jesus? This is where our faith comes in. We have to believe without having been in that boat with the first 12 disciples that Jesus does have the power to quieten any storm we are facing. In John 11:40 Jesus tells Martha, “if you believe, you will see the glory of God”. Remember, Jesus is not asking the average person on the street to have that kind of faith in Him. His message of having sufficient faith is directed specifically at His disciples. Because Mary and Martha and the 12, had already seen enough of His works that for them to come to Jesus one more time was not an act of blind faith, but the most reasonable option there was. That is why in Jesus’ question to his disciples He ask them “do you still not have faith?” So it is with us. If we consider ourselves His disciples, then we should have seen enough of Jesus’ works in our life, that we have no reason to do anything less than to take the situation to Jesus. And once we do, to leave it at His feet in faith.

If we are able to do this, it would be a pretty Christlike approach to a crisis. It is then that we will shine as His witness when it really matters.